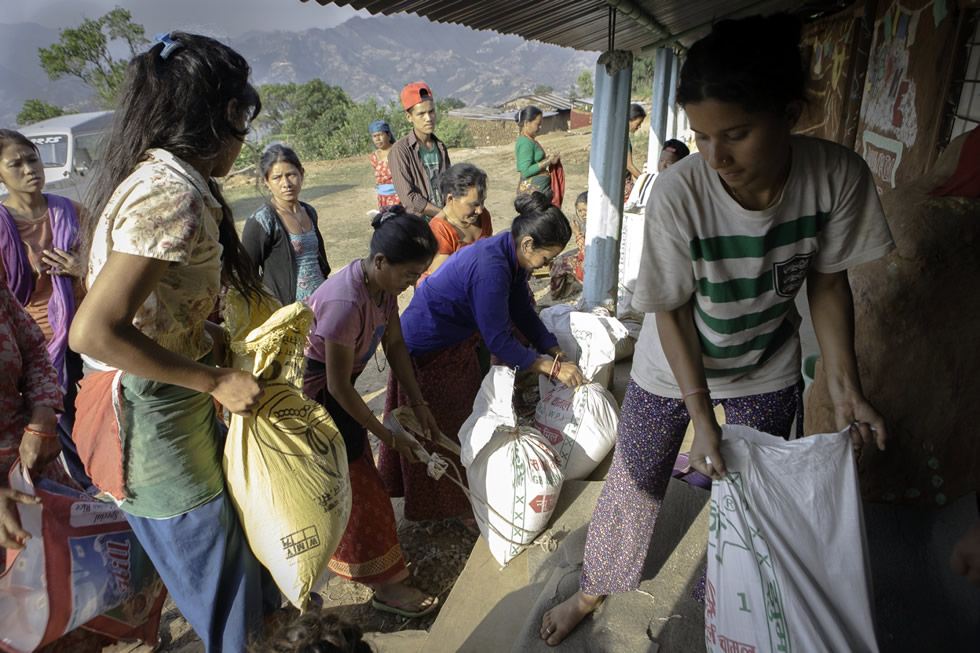 Women of Her Farm Care for Earthquake Survivors in Nepal

Women of Her Farm Care for Earthquake Survivors in Nepal

There are 16 women living and working at Her Farm right now. Though they were also badly shaken by the April 25th earthquake, and Her Farm had sustained considerable damage as well, they jumped into action for the entire Mankhu community. Teams were sent out to assess damages in the village and phone calls were made to arrange to bring truckloads of food and tarpulins for the immediate needs of the entire village. Within a day these women had arranged for food and temporary shelter supplies for the entire village. Her Farm quickly became the hub of support and information for the entire community. A solar system was obtained and put to use for villagers to charge cell phones so they could contact relatives in other villages. An inventory of who needed what was compiled and all arrangements made to get the most necessary items to the village asap. Six families moved into housing at Her Farm as they'd lost their homes and a number of young girls from the village were brought to Her Farm with a request from the parents to look after them until they could arrange for shelter. These women were the rock of the community and selflessly gave their all to secure the needs of everyone in the village. In a word, they ROCK.

What's On Your Mind?


Your email address will never be displayed.

Back to News Index